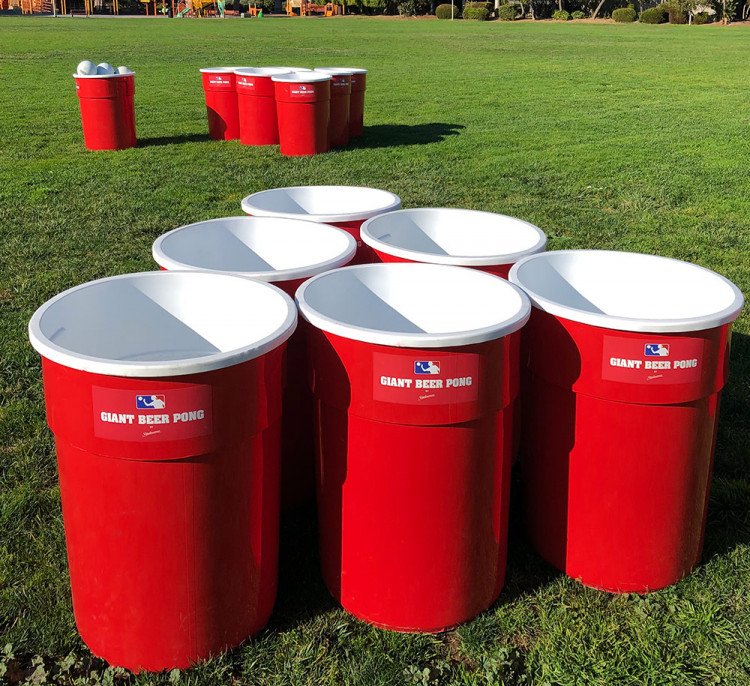 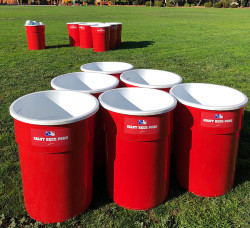 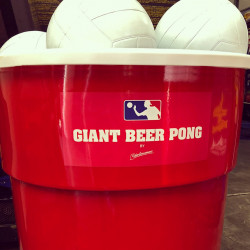 We have seen Jimmy Fallon playing Giant Beer Pong Game on The Tonight Show with his guests. Now you can play the same game at your next event!

To make the classic RED SOLO cups giant, we use oversized 55-gallon red trash cans modified to look just like the original RED SOLO cups. The balls are replaced with white volleyball to make it look like oversized “ping pong” balls. It is to maintain the appearance so you can play this game the same way you play the classic table beer pong game. We at Bounce House Atlanta are always careful about wasting our precious resources. To prevent waste of beer or water, our 55-gallon buckets are filled with bags packed with shipping peanuts for quick setup and easy transportation. This game is specially designed to play in the park, on the beach, or even in a large office.

The rules of the game are simple. The teams of opposing players take turns throwing the white ping pong balls. In our case, white volleyballs across the playing area to make it into the red buckets of the opposing team. Once the ball lands in the bucket, it is taken to the side, and the game continues. If both teams hit the buckets, the balls are rolled back. Both teams have the chance to throw the balls again. The team that successfully hits all the opposing team’s buckets wins the game!